Old fashioned hospitality and comfort is what make our guest's stay at MORNING GLORY special.

"This Karoo, which sometimes looks so bleak and arid to the traveller who has been driving in the heat for hours and hours, nurtures life in great Abundance"
(Joan Southey, Footprints in the Karoo) 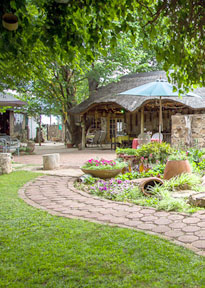 Olive Schreiner once said about the Karoo,
"To the stranger, oppressive, weird, fantastic, it is to man who has lived with it, a scene for the loss of which no other on earth compensates" 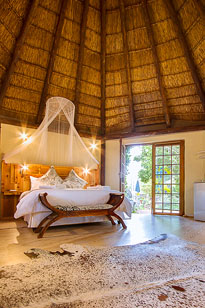 A WARM WELCOME AWAITS YOU AT

Set amongst the Karoo koppies of the Gelykfontein Farm and next to the GARIEP or XHARIEP DAM the largest inland water mass in South Africa.

Morning Glory Cottages, one of a kind jewel in the Karoo.

Morning Glory Cottages the best choice for your next stop over in the "Karoo Hartland" enroute to the coast. We are perfectly situated in the middle of South Africa, 600km from Johannesburg, 800km from Cape Town, 400km from Port Elizabeth and 400km from East London; 500km from Grahamstown,180km from Cradock,650km from Plettenberg Bay, 380km from ADDO elephant park. 41 Km from Gariep Dam Airfield.
A mere 20 minute drive from the Gariep Dam Wall, 41km south east from the N1 on the R58 to Port Elizabeth.
Morning Glory Cottages a finalist A.A. Accommodation Awards \ Recommended Quality Assured Accommodation.
Would you like to be spoiled? Make Morning Glory Cottages your next stop over.

Morning Glory Cottages is situated on the Old Family working farm Gelykfontein – a well known Racehorse Stud farm. The farm has been in the family since 1884 and over 100 years has been developed to where it is today. The Racehorse stud was established in 1935 by JC (Boer) vd Walt and wife Tinie vd Walt (born 1912 and raised on the farm) and now farmed by the 4th generation Van der Walts. In the study of the main residence, generations of racehorses from all over the world can be traced back for over 300 years. Colts and fillies from the Stud participate in races all over the country. 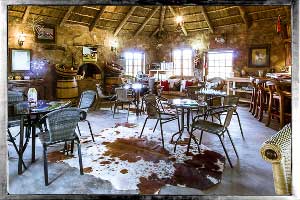 For 17 years Christa owned and managed a Nursery with plants on the farm and catered for enthusiastic gardeners all over the Eastern Cape, self taught she learned everything from books and trial and error, she maintained up to 3000 Rose Bushes each year and also proceeded to cultivate flower seedlings in a hot house (later renovated into the current dining room.) In 1996 Christa, decided she needed a new challenge and turned the Farm Cottage into a small guest cottage with 3 bedrooms, a dining room, and kitchen, spoiling guests with traditional Karoo lamb, since then the guesthouse has expanded and can currently accommodate up to 23 people when it is full.

The farm is also known for its Rubicon Merino's sheep, Indigenous Goats, Game, and Nguni Cattle & Indigenous Venda Chickens. Christa started producing Nguni products such as ottomans, hand bags, waist coats and cushions as a hobby and products are offered for sale on the premises, including Nguni hides. (When available)